One day in the village of Lagarto Cocha

An Oblate Presence on the Rio Napo
By Séamus P. Finn, OMI


In mid September I was able to fulfll a promise made, and a dream long harbored, to visit the Peruvian Amazon where the Oblates have a missionary presence. The mission of Santa Clotilde on the river Napo in the vicariate of San Jose de Los Amazonas reaches north some 450 km to the border with Ecuador, and south almost to the city of Iquitos. The principal transportation routes for the people living in the region are a network of rivers, motor bike  paths and well-trod footpaths. 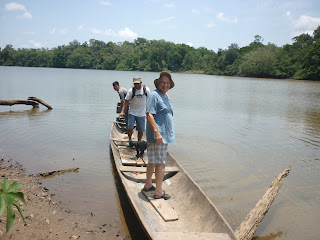 The mission center is located in the town of Santa Clotilde. The “Santa Clotilde Health Centre” that was established by Fr. Maurice Schroeder, OMI some thirty years ago, provides health care to people living in roughly 100 villages along the river. Frs Roberto Carrasco, OMI and Edgar Nolazco, OMI are the respective leaders of the parish and the ministry to the indigenous. They are joined by Norbertine, Fr. Jack McCarthy O. Praem, who heads up the health ministry in the region and directs the work of the health center today. Suffice it to say that the expanse of the mission keeps all of them and their many collaborators extremely busy. This vast region that stretches from the mouth of the Amazon across its tributaries to its point of origin in the Peruvian jungle, which we frequently refer to as the “lungs of the earth”, is so much more than that. For centuries, it has been, and continues to be, home for thousands of small villages and communities scattered throughout the region.

While the challenges and pressures of daily life have always been more than enough to occupy the time and energy of the people who live there, the numerous and expansive oil and gas concessions granted by the government in recent years have brought a host of  additional  concerns.  According to recent studies, the Peruvian Amazon is being overrun by the intrusive operations of oil and gas industries. It is estimated that 41% of the Peruvian Amazon is covered by 52 active oil and gas concessions. This is more than fve times as much land as was devoted to such activities in 2003.

Nearly all of the hot button issues on the agenda of development agencies are being played out on a daily basis in the region. Among these concerns is the quandary about facilitating the entrance of modernity, including its ideas, services and products into the lives of peoples who have lived in virtual isolation for centuries. In addition, the penetration of large oil and gas corporations into the region places standards like  “free prior and informed consent” on display and on trial. The tools for assessing the impacts of exploration and production on the environment, health and ways of life are also being tested. 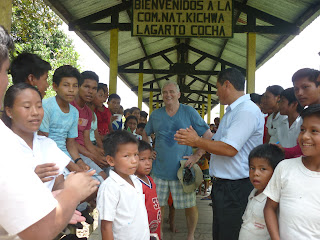 One day in the village of Lagarto Cocha - where we traveled by boat for two hours, walked for thirty minutes, took another boat ride, and completed our journey with a ten minute trek - we visited the local school and heard about a project organized by the primary school children to address the problem of garbage in surrounding villages. They organized themselves into teams and were advised by teachers who helped them to develop the needed resources and organize their strategies. We were privileged to be there to hear each group of students report on their experiences and to listen to their assessment of what seemed to work, and what proved less successful.

Another morning, we met with the multisectoral committee from the region as they wrestled with diferent challenges and gathered to consider what changes they expected to encounter in the coming fve to seven years. Was it time for more roads, a small airport or at least a heliport? How can electric power be extended beyond the present four-hour-a-day period? Is solar power an answer? Should they try to develop a tourist industry? Can food production for export be expanded? Do they have raw materials or products or services that can be exploited to create jobs or engage the growing number of young people, especially those who are migrating from rural communities? How can the intrusion of globalization, especially through telecommunications and mass media be a positive infuence?Te institutional presence of the mission and the health center provide a framework, a space and an environment where the people and communities (indigenous and settlers) are able to gather and talk about the challenges and opportunities that they face.They are also an important part of the global network that is a needed resource to protect human rights, safeguard the environment and promote sustainable and appropriate development.
en noviembre 28, 2012 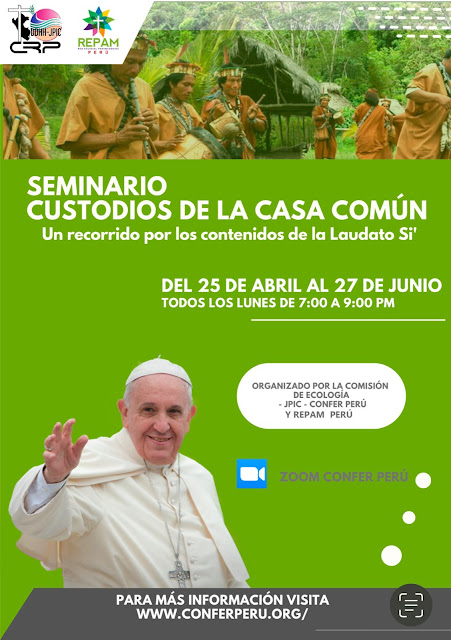